Most reading this guide have likely heard of the term, gerrymandering, but may not be aware of its origins. The term, gerrymandering, the political practice of redrawing district boundaries to favor a particular political party, originated in 1812. That year, Elbridge Gerry, governor of Massachusetts, approved a state senate map that a political cartoonist thought resembled a salamander. It also happened to dramatically advantage the Democratic-Republican party, which controlled the State legislature. And so, the term was borne.15

Gerrymandering is used to favor political parties, and it can also facilitate discrimination. Certainly, it is often an instrument of incumbent protection even when practiced by a single political party. 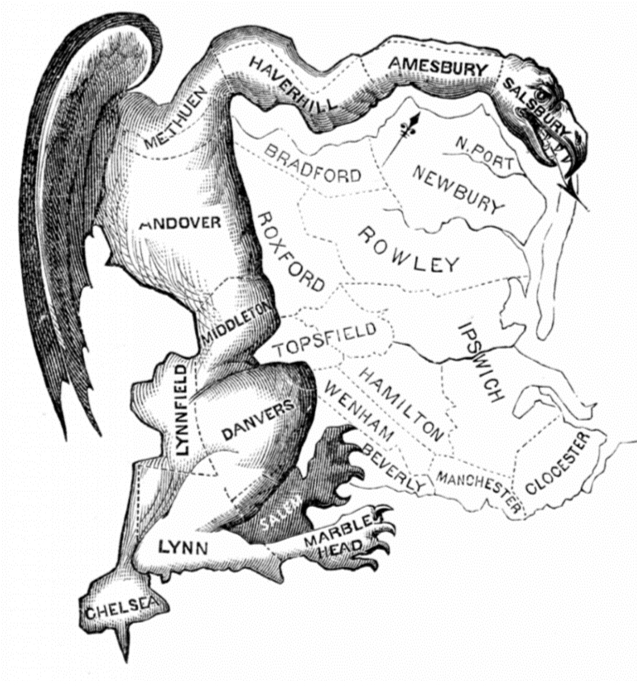