When Can I Use the Edit-Undo Function in Maptitude?

Users familiar with other Windows-based software will likely have made frequent use of the Undo and Redo commands accessible under the Edit menu, or through shortcuts Ctrl+Z and Ctrl+Y respectively. These same shortcuts are also available in Maptitude but due to the wide range of functionality available, sometimes you will see this menu item grayed-out: 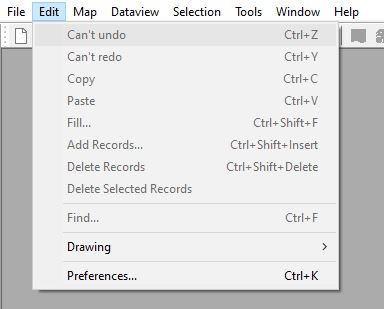 In this article, we will discuss for which functions the Undo and Redo tools are enabled and what to do in other common tools if you would like to reverse an action, but can’t use Undo.

When Can I use Undo and Redo?

Undo and Redo can be used to revert actions when doing the following things:

If you have a dataview open that is editable, you can make changes to the table by adding records, deleting records, or manually editing cell values. This editing procedure can be undone using Edit>Undo. This is useful for times where you accidentally overwrite some of the data in your table, or if you delete a row of data. 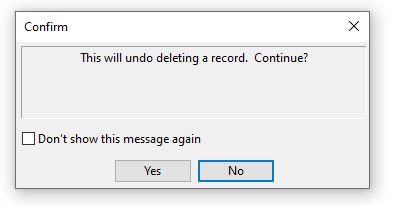 If you are using the Layer Editing Toolbar to manually edit a layer, you can undo these changes using Edit>Undo. These edits typically add records to the layer, delete records, and can also modify or move records around. 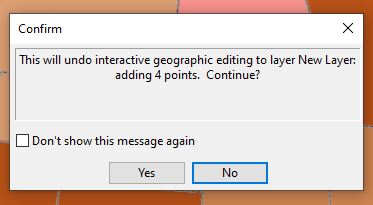 When building and modifying territories, you can undo the most recent assignment you just made using Edit>Undo as well. 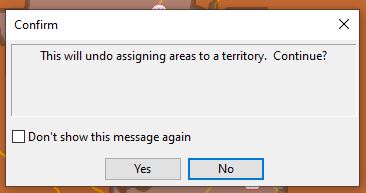 If you drop a layer from a map by right-clicking on it in the Display Manager and choosing Remove, you can sometimes undo this using Edit>Undo. This will work if the layer is the *.dbd format. As a general rule, these are the layers that you have created yourself such as a layer of geocoded addresses or a territory layer 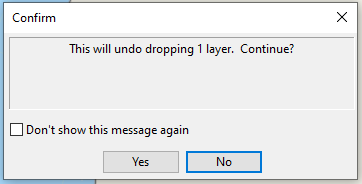 If you drop a layer and can't undo it, this means the layer was the *.cdf format (or a non-Caliper format such as Shapefile) which means that the layer is still saved elsewhere. If the layer was a layer that was installed with the software, such as State, or downloaded from the Caliper Store, such as the Healthcare layers, these will most likely be found in the C:/ccdata folder and you can simply add them back to the map from there.

What Can I do if I can’t use Edit>Undo?

Certain tools have their own Undo functionality separate from the Edit>Undo shortcut. These are:

Other tools don’t have an explicit Undo option but most of the time you just need to revert the change yourself. Common examples of this are: