Since 1995 the Maptitude mapping software has made it easy to access a wealth of United Kingdom Census data. You can quickly visualise Census demographics using a suite of wizard-driven tools. Maptitude also provides a map library that contains numerous pre-designed maps listed by Census category. These include thematic maps of demographic, income, and housing data.

Use the provided Census data with the analysis tools in Maptitude to make more informed and strategic business decisions and identify growth opportunities. With Maptitude, you will be able to define markets, compare sites, locate and better understand your customers, create territories, and target your audience. Maptitude costs just US$695 and includes a FREE Country Package so you can start your United Kingdom Census data mapping as soon as you install the software. 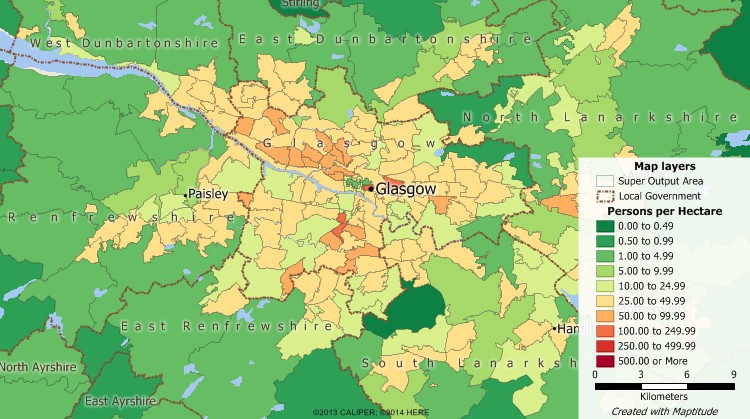 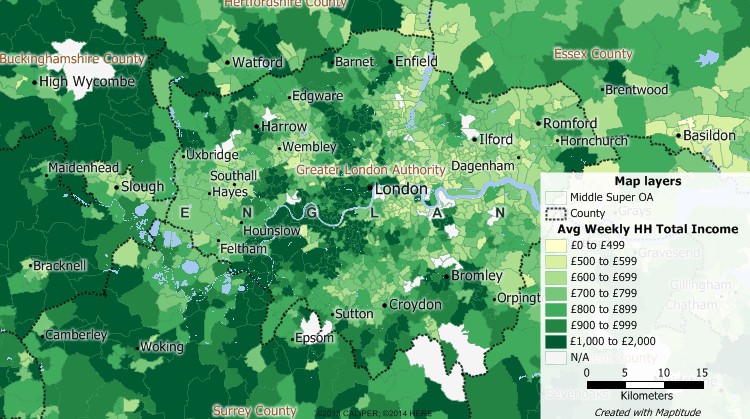 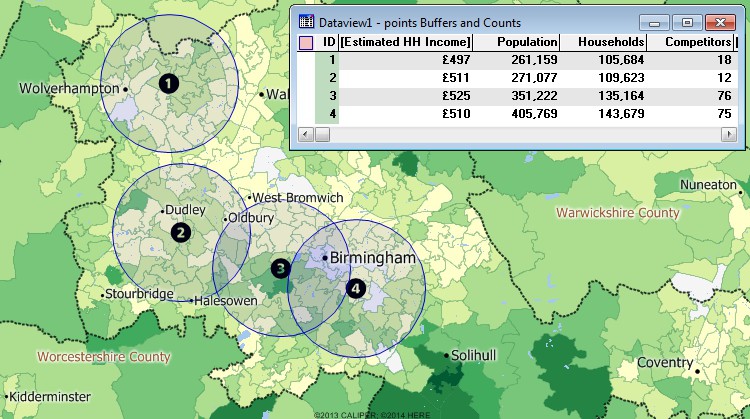 Use the Maptitude tools to evaluate locations using the United Kingdom Census data.