The new and improved tools include:

Maptitude tools that were never available in MapPoint:

Maptitude is Feature Equivalent to MapPoint and supports MapPoint files: 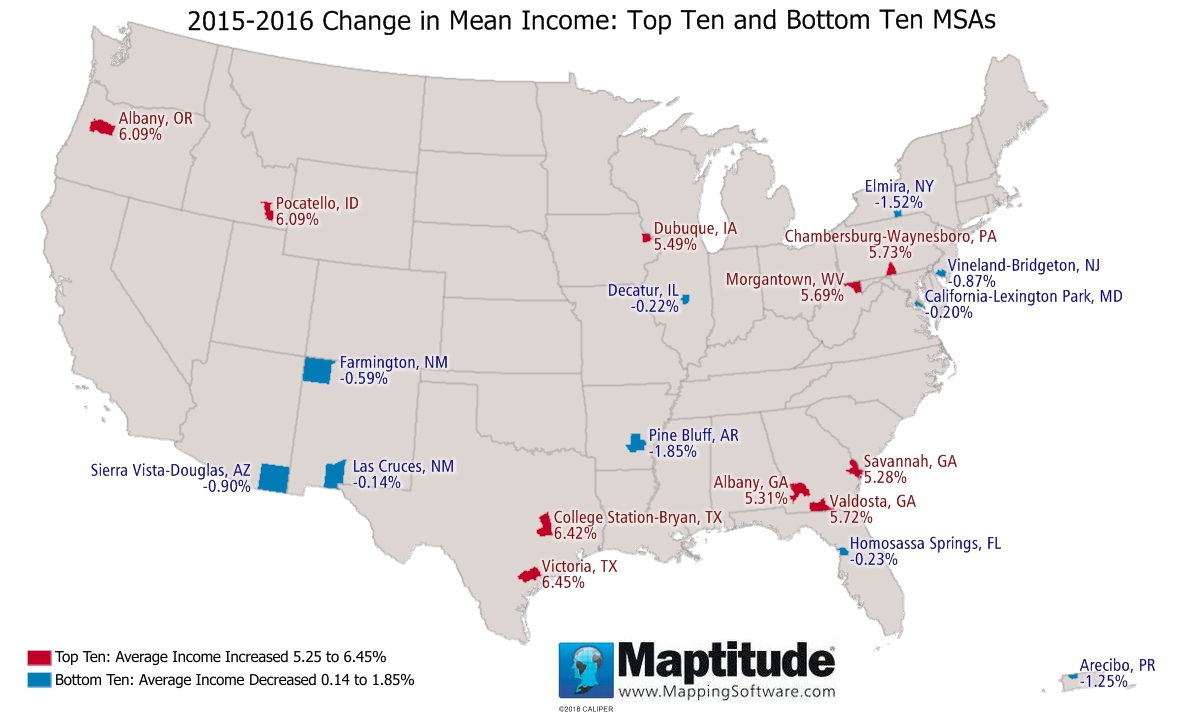 This month's featured map uses the Maptitude 2018 percent change in mean income data for the United States. This data is available for ZIP Codes, Counties, States, and many other layers. The ten metropolitan areas (MSAs) with the greatest positive and negative changes between 2015 and 2016 are shown in the map above. The largest increase in mean income was in Victoria, Texas at (6.45%), followed by College Station/Bryan, Texas (6.42%), and Albany, Oregon and Pocatello, Idaho (6.09%). Pine Bluff, Arkansas (-1.85%) had the largest decrease in mean income, followed by Elmira, New York (-1.52%), and Arecibo, Puerto Rico (-1.25%).

» More about this map and other featured maps

How do I name my drive-time rings and export the results to Excel?

Maptitude 2018 makes it easy to name and identify your drive-time rings, and to quickly export a demographic report for those rings.

How do I create a PDF report from my drive-time rings analysis?

When you have followed the steps to create a drive-time ring as shown in the Tech Tip above or in this video, you can click

in the Drive-Time Rings toolbox to create a report for those rings.

This report can be saved in many formats simply by choosing File > Export Document and then by choosing one of the formats listed such as PDF File or XLSX File.

Webinars and Training Dates for Maptitude