The 2020 redistricting round will exhibit a marked change in public access from previous decades, both in terms of the existence and proliferation of public hearings and in terms of technology to facilitate public input for suggested maps.

Maptitude Online Redistricting (MORe) was developed so that the public can view, create, and submit fair congressional plans and fair state legislative plans. A few examples of how MORe has been used:

"The State of Idaho is proud of its history of providing unequaled public access to its political redistricting process, for which it received a national award after the 2001 redistricting cycle. We hope to encourage active participation by the public in the redistricting process by providing this online software that can be used by anyone with a computer and internet connection."

The public was invited to begin using the Maptitude program to draw redistricting maps to submit to the Commission.

Minnesota Redistricting: As the 2001 Minnesota legislative session got underway, each chamber formed redistricting-related committees. As redistricting bills were introduced during the 2001 Minnesota legislative session, maps of the proposed districts were made available on the Legislature's Subcommittee on Geographic Information Systems (GIS) website (which is now known as the Legislative Coordinating Commission's Geospatial Information Office).

Maptitude was the web-based software chosen to generate the various redistricting proposals of legislative staff, Governor's staff, and many local governments. Data provided by the U.S. Census Bureau from the 2000 Census included more detailed race and ethnicity categories than previous censuses, and also reported people listing multiple ethnicities. As described in the report, Use of Racial Data in Redistricting, this data was used by the Legislature's GIS office so that all 504 categories of racial and ethnic data were taken into consideration. 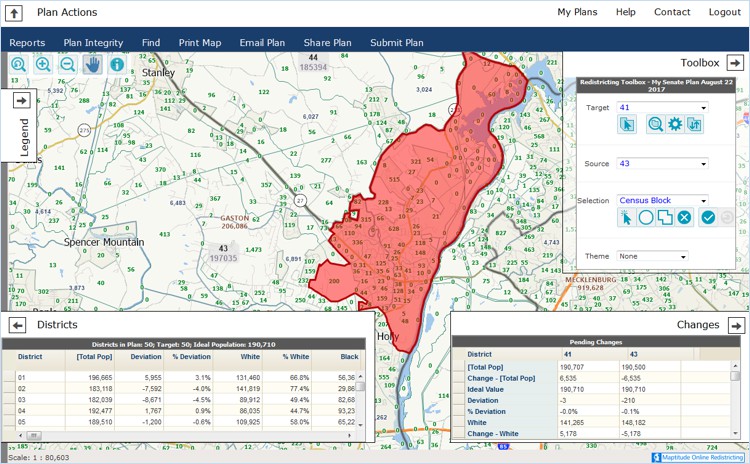