Maptitude is the ideal tool for marijuana dispensary mapping software. Maptitude is an integrated mapping application that allows you to map your data and conduct your analysis and soon as you install the software.

There are specific location requirements when obtaining licenses to operate in the medical marijuana industry or in the recreational marijuana industry. Maptitude can create the maps that show compliance with local rules that government agencies often require applicants to submit. Examples of such rules include:

Maptitude has the most up to date and accurate mapping data and will allow you to create maps that show whether you adhere to the siting criteria in your jurisdiction.

Different rules and "buffer zones" apply to different types of location such as marijuana cultivation farms, testing sites, manufacturing sites, retailers, and dispensaries. Buffer zones are typically circles or radii around a location but can also be drive-time rings. Maptitude can easily map different and multiple buffer sizes and rings and can even create buffers around areas such as a property parcel as well as around point locations. 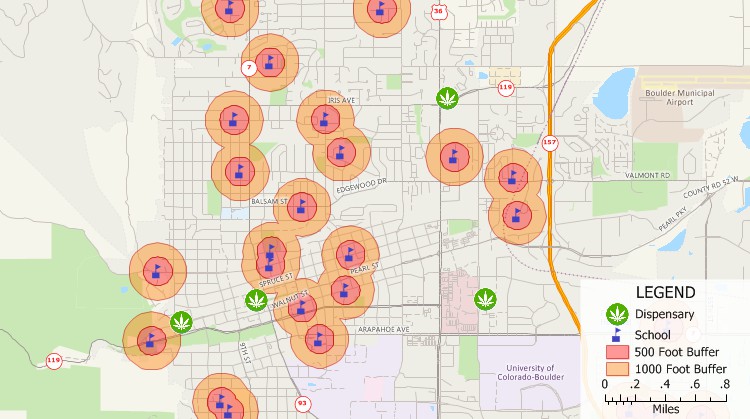 Also, while a state may permit retailers, often the counties, municipalities, and towns can prevent them. For instance, Leavenworth, WA, and Pomeroy, WA, don’t allow marijuana businesses. Michigan municipalities are permitted to limit or ban marijuana stores. In Massachusetts, more than 200 towns have taken action to ban or delay any licenses in their communities. Maptitude allows you to highlight such communities by uploading an Excel sheet or by interactively clicking on the map.

Maptitude cannabis dispensary mapping software can also be used to create buffers around protected locations, rather than around potential real estate for a cannabis business. So, to ensure that the rules are being followed, 1,000 feet buffers could be mapped around every school and church in a state with just a few clicks.

In addition, Maptitude site location and market analysis tools make it easy to identify areas that are underserved or that do not have a significant market share of CBD, THC, or cannabis dispensaries. 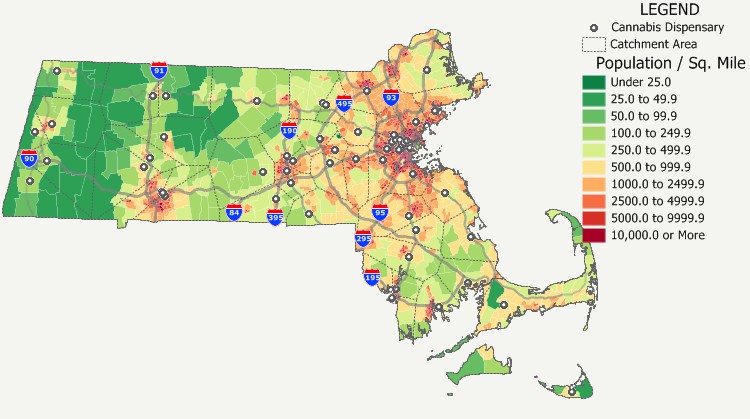 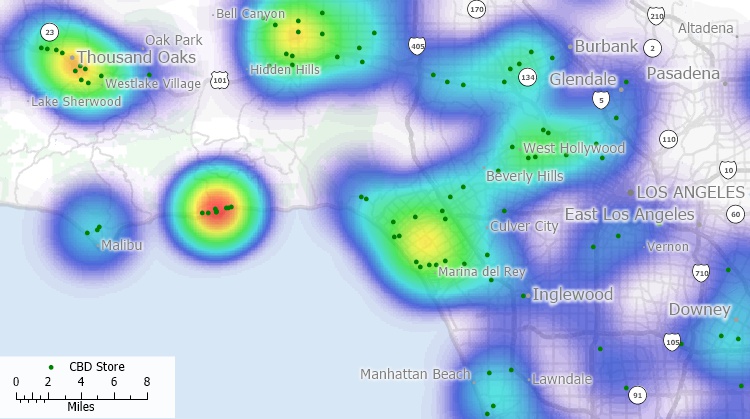