Maptitude for Precinct and Election Management

The New York City Board of Elections uses Maptitude for Precinct & Election Management (Maptitude P&E) in its central office as well as in New York's five boroughs. Perhaps their most significant accomplishment to date has been eliminating the annual $1 million map production cost. Not only were the numerous election district maps expensive to produce, but by the time they were ready they were either out-of-date or it was too late in the election cycle for them to be of much value. Today, using Maptitude, the NYC BOE is able to redraw their election districts in a matter of days and create both PDF maps for their web site and in-house printed maps. To see some of their Maptitude-created maps, visit their web site, http://vote.nyc.ny.us/html/voters/maps.shtml to see maps of assembly and municipal court districts. 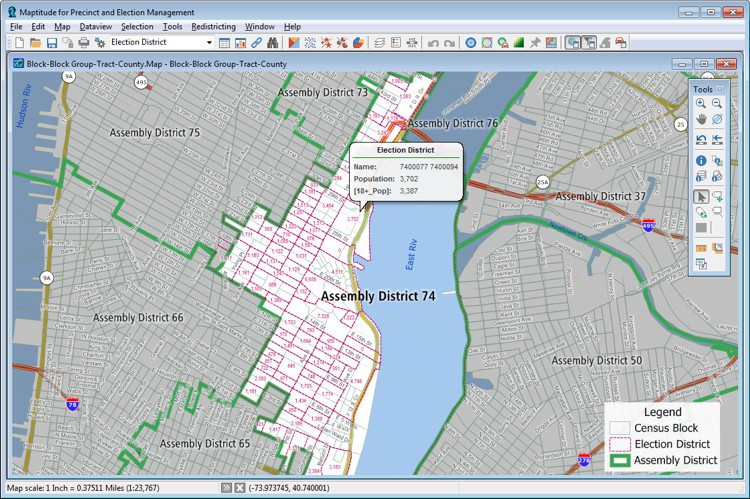 Redrawing and mapping election districts is simple with Maptitude 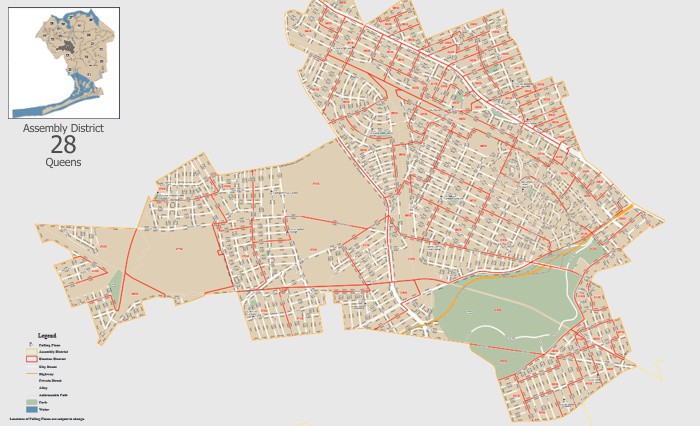