The PLSS data set contains several layers. The PLSS divides large areas of the country into 72,655 Townships, 2,341,948 First Divisions, or 23,574,751 Second Divisions. Also included in the data are the layers Survey System, which covers parts of the country not in the PLSS, Meandered Waters, and Conflicted Areas, a layer made necessary by the imperfect origins of the PLSS which contains a field describing the nature of the area's issue.

Also available is the Texas variant of this system (TXSS).

Price: FREE For users of the current version of Maptitude or TransCAD 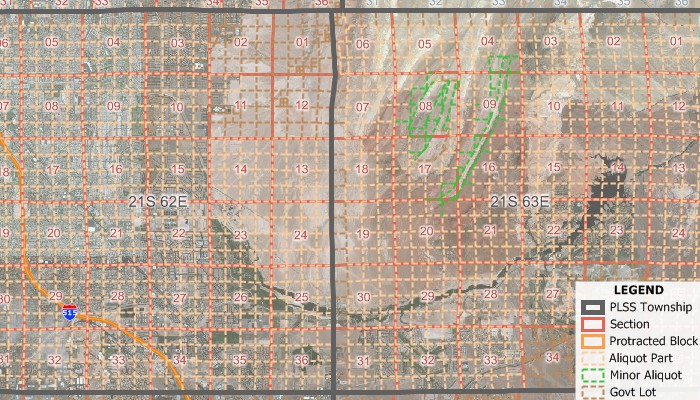 "Over the past several years I’ve spent dozens if not hundreds of hours trying to figure this out. But the Maptitude PLSS data is wonderful because it covers most of the US and not just Oklahoma and includes Texas which is unique and covers quarter sections and below. Miraculous. I’m not sure that you Yankees understand just how useful this data is to us folks in flyover country. But it’s great. Thanks."