A major new enhancement is the inclusion of the list of legislative districts that intersect each 5-Digit ZIP Code. Up to 4 Congressional districts, 6 State Senate districts, and 9 State House districts are listed along with their percentage overlap. 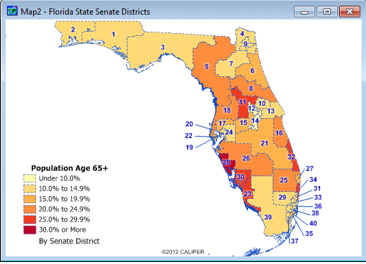