TransModeler is a versatile traffic simulator with many advanced features including support for key aspects of Intelligent Transportation Systems. TransModeler simulates a wide variety of facility types, including mixed urban and freeway networks, and can be applied to specific geographic areas such as downtowns, highway corridors, or beltways.

When used as a microscopic simulator, TransModeler simulates the behavior of each vehicle every one-tenth of a second. Vehicles can vary in terms of their physical and performance characteristics, and can be custom defined by users. Acceleration, deceleration, car-following, lane-changing, merging/yielding, and movements at intersections are simulated in detail and are affected by driver aggressiveness, vehicle characteristics, and road geometry. While default settings are provided for important behavioral models, users can easily change the parameters of these models. 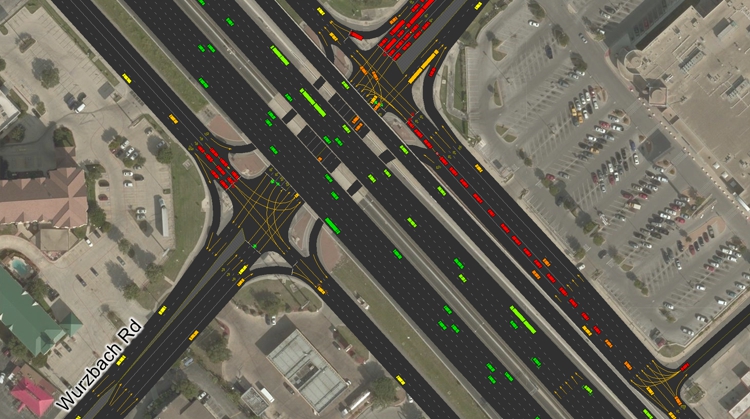 Most traffic simulators that attempt to address parking fail to account for the underlying behavior. TransModeler simulates the search for an available parking space at a driver's destination, as well as the continued pursuit of a space when all parking spaces are occupied, thus modeling the true impacts of on-street parking in urban areas. Furthermore, TransModeler accounts for the effects on traffic flow as vehicles maneuver in and out of angled, parallel, or perpendicular parking spaces. 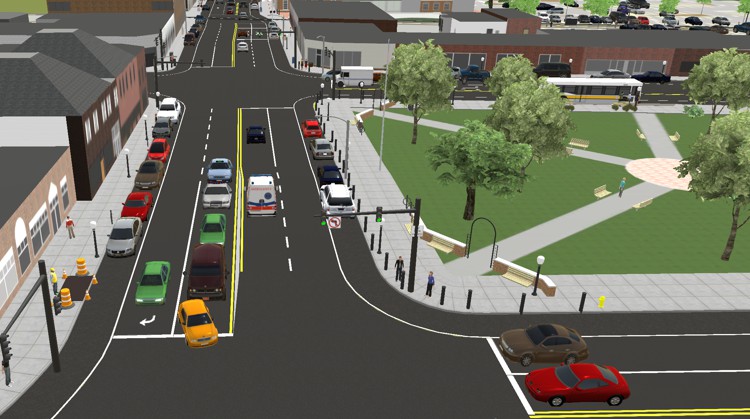 Unlike traditional simulators that require turning movements as inputs, TransModeler can also determine vehicle routes using dynamic traffic assignment of origin-destination trip tables. Travel times by time period and network segment can be input from external data or developed by running traffic assignments and traffic simulations. User Equilibrium DTA is one of the options provided. Vehicle paths can also be input from external files including those generated by TransCAD and/or created or edited by analysts. When unexpected delays occur, some drivers will change their routes during their trips. This can be in response to message signs or to unexpectedly high levels of congestion.

TransModeler is unique in that it provides a hybrid simulation capability in which high fidelity microsimulation can be intermixed at will with mesoscopic and macroscopic simulation on any network segments. Portions of the network of greatest interest can be simulated with microsimulation and other portions can be simulated with less detailed methods. This hybrid capability makes it possible to simulate very large networks with modest computing power. 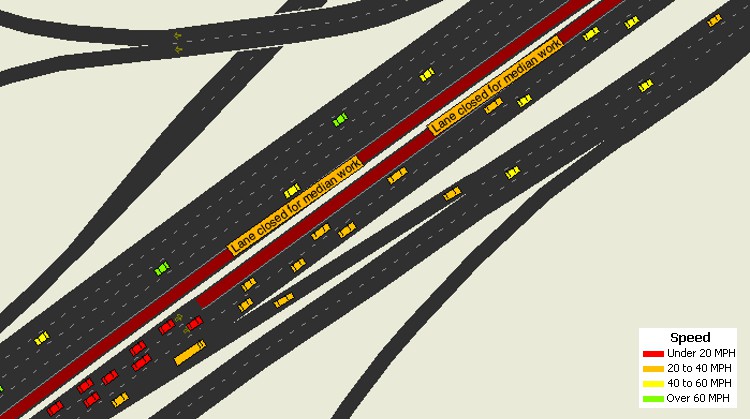