Is Microsoft Streets and Trips still available?
Microsoft's flagship mapping product, MapPoint, was discontinued, along with AutoRoute and Streets & Trips, on December 31, 2014, and online support was available for the products through July 14, 2015. Maptitude is a location-intelligence offering that covers all the areas that Streets & Trips covered.

Benefits
There are many benefits when you use Maptitude: 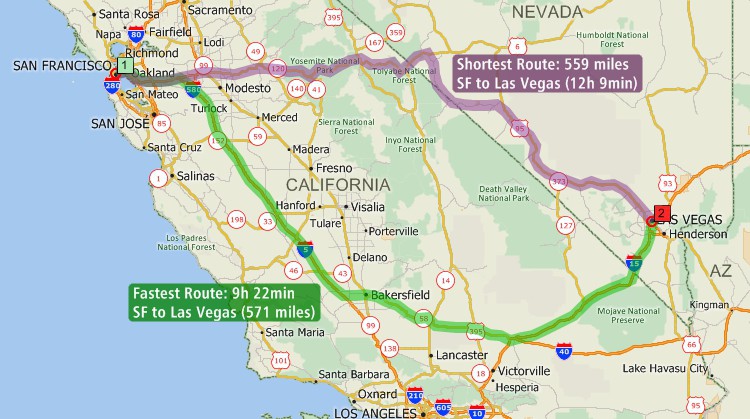 When a trip involves many different stops/waypoints, Maptitude helps you decide the best order to visit them. Most importantly, Maptitude lets you choose what type of route you want: 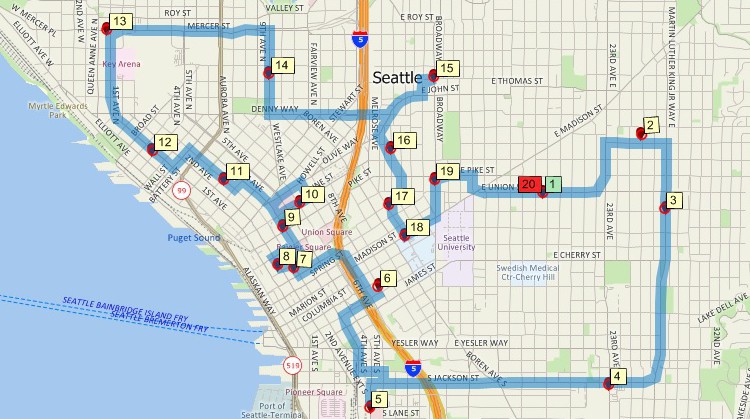 The best route can mean different things to different people. Often the best route is the one that is the fastest, while others prefer the path that is shortest in terms of mileage, or a trip that maximizes use of highways, or avoids population centers:

Maptitude has the features of Microsoft Streets and Trips 2013 and can meet all the above demands. Maptitude uses an accurate and up-to-date street database. Maptitude handles one-way streets, and supports display of these on the map.

You can easily get started planning your route by simply clicking in a map on all the places you want to visit. You can also locate stops/waypoints by typing an address, or automatically by using addresses in an Excel spreadsheet or in any other table or database. If you have a point layer of your customers, you could select the customers you want to visit and then have Maptitude determine the best route to use to visit them. 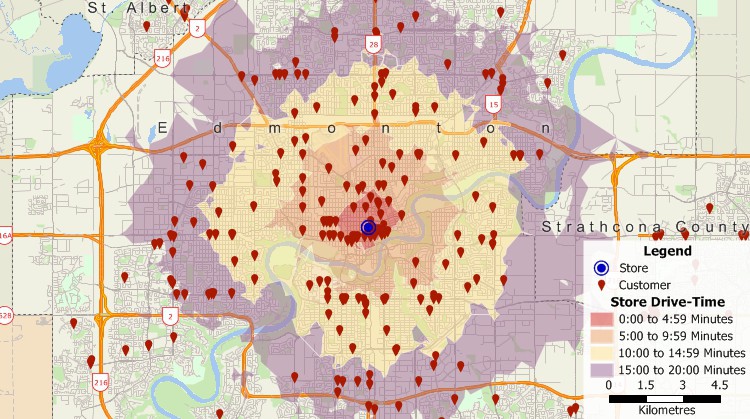 There are also additional best route tools that allow you to:

European Users:
Maptitude is also an alternative to Microsoft AutoRoute and the discontinued Microsoft MapPoint.

As the alternative to the Microsoft Streets and Trips software, Maptitude calculates the fastest routes between waypoints.