What is a Plurality?

A Plurality is a percentage of population that is higher than all others. A plurality of race or ethnicities would be the whichever race/ethnicity makes up the greatest percentage of an area. In elections, the candidate receiving the most votes would win the plurality. 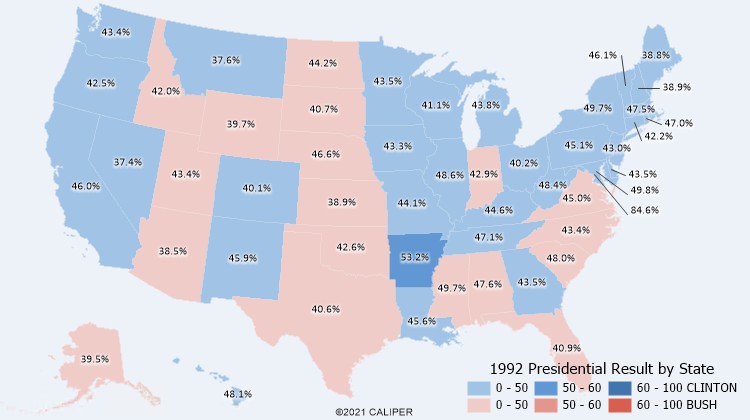 The 1992 election had a strong third candidate in Ross Perot. As a result, only Arkansas and Washington D.C. were won by a majority of the voters. In all other states, the winning candidate received only a plurality.

Maptitude for Redistricting is the professional tool for political redistricting. It is used by a supermajority of the state legislatures, political parties, and public interest groups for creating districts for all levels of government. Maptitude makes it possible to map pluralities by using bar and pie charts and color themes.