You can create contour maps of elevations and determine the viewshed for any location, either at ground level or at a particular height. You can also calculate an elevation profile and find shortest routes over terrain.

Maptitude makes it easy to access free imagery from the Internet for any location in the world. Maptitude Web Map Layers give you access to satellite and imagery from several internet sources. Web Map Layers automatically update the image resolution and location as you move about your Maptitude maps. Maptitude also includes the WMS Image toolbox that lets you download aerial photos, maps, and topography with the click of a button. The Google Earth toolbox lets you use Google Earth images with your maps, add your maps to Google Earth, and synchronize the scales of Maptitude with Google Earth maps. You can also easily add imagery to your maps such as Google Maps terrain and USGS topographic tiles.

Maptitude GPS support includes the ability to read/animate/import GPS data, overlay tracks with aerial photos and topographic or vector maps, track real time GPS locations, create vector line/point layers from GPS playback files, and import/export formats such as GPX (the GPS Exchange Format) and GDB (the Garmin MapSource format). Maptitude supports many other file formats including those used by the Ordnance Survey (more...) and supports the display of topo maps (topographic maps) as can be seen in this video.

Maptitude supports digital elevation models (DEMs) and U.S. Geological Survey Digital Line Graph (DLG) format Files. The United States Geological Survey (USGS) provides topographic data for the US as a series of rectangular grid DEM products. Elevation data are derived from photogrammetric data sources and direct capture from USGS topographic maps. DEM are provided for 1-degree grids for the whole of the US, for 7.5 minute and 2-arc-second (also known as 30-minute) grids for the whole of the US except Alaska, and for 15 minute grids in Alaska. The 7.5 minute DEM data are sold as units that correspond to the 7.5 minute topographic quadrangles. The 7.5- and 15-minute DEMs are included in the large scale category while 2-arc-second DEMs fall within the intermediate scale category and 1-degree DEMs fall within the small scale category. Each USGS DLG file contains all the entities of a particular feature class digitized from a single topographic map. The maps are rectangular and can be tiled together nicely, except for their 1:2,000,000 scale product, which consists of regional groups of states. Given multiple adjoining files, Maptitude can import them together to create a single geographic database for a larger region. 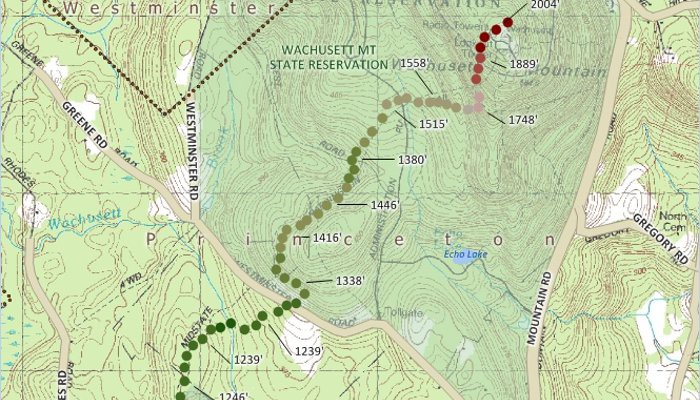 Display topo maps or  satellite imagery in your digital maps 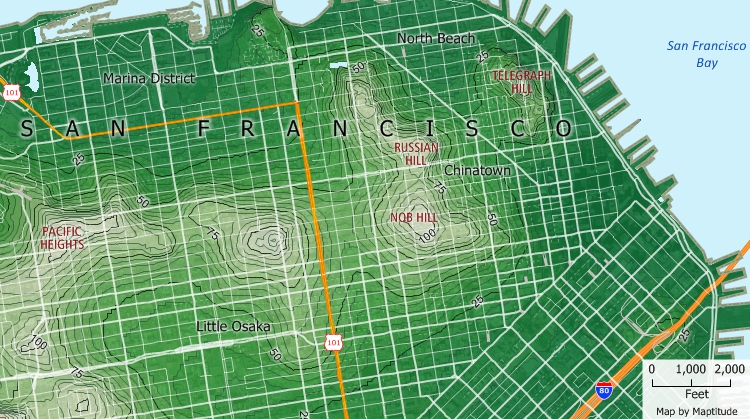 Create and display topographic maps from digital elevation models and other point data. 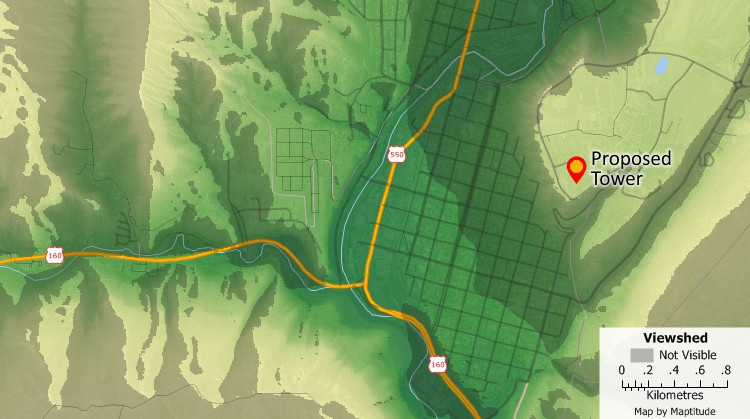 Topographic analysis tools let you find areas that are impacted by the construction of buildings, towers, wind turbines or let you identify good locations for fire towers or communications equipment. The proposed tower indicated in this map is not visible in the shaded portions of the map. 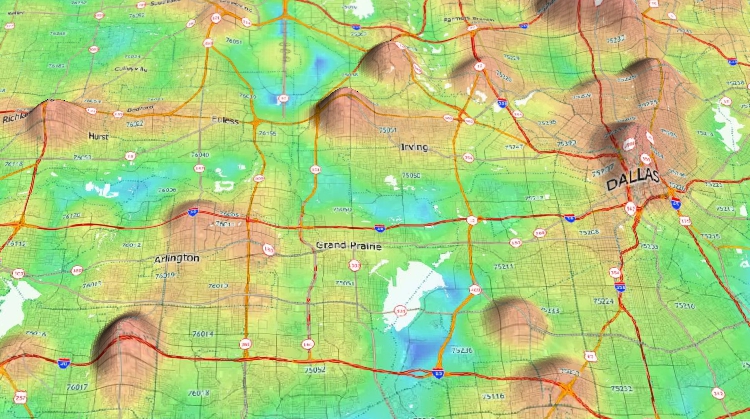 View 3D maps based on elevations or other statistical data. In this map, locations with high job concentration are shown with a higher elevation.