Maptitude is a powerful and versatile tool for market analysis. Here we explore the landscape occupied by hospitals belonging to the Ascension Health and HCA Healthcare health systems.

As the map below shows, there is footprint overlap between the 2 organizations at the national level, with Ascension primarily in the East, and HCA nationwide. There is overlap (shown in purple) throughout the South of the country.

The Geodemographic Segmentation data indicate that Ascension and HCA serve only some of the same types of people. Overlap occurs in the "Provincial Lifestyles" population.

The largest single segment for HCA is "Easy-Living Suburbs", while for Ascension is it "Rural Abodes". This indicates that they serve similar, although separate, populations. 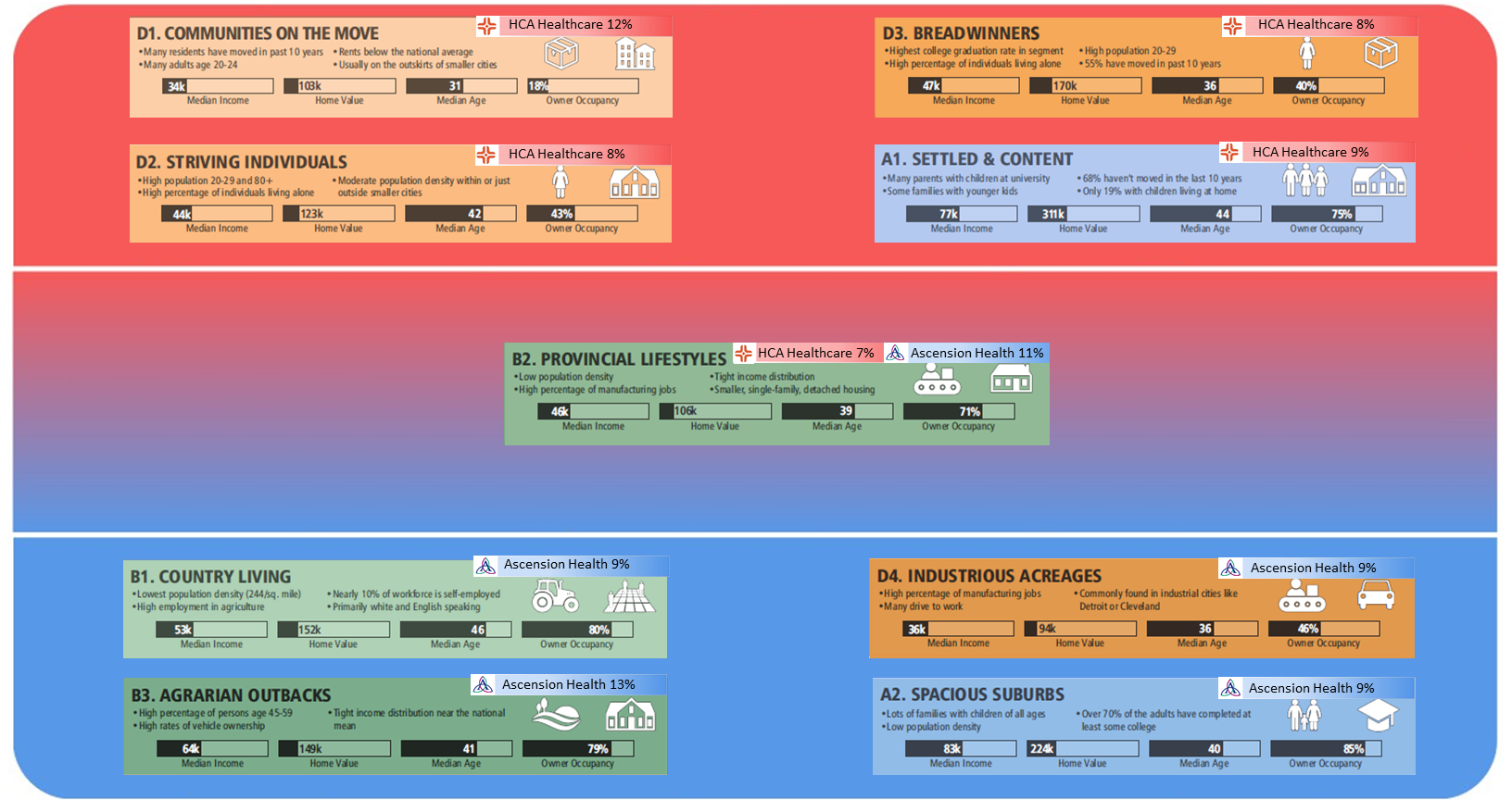 The box plot was created using the Maptitude consumer data and shows that Ascension and HCA generally locate in areas below the national average for healthcare expenditure. The service area for each hospital was established as that serving 10,000 people. 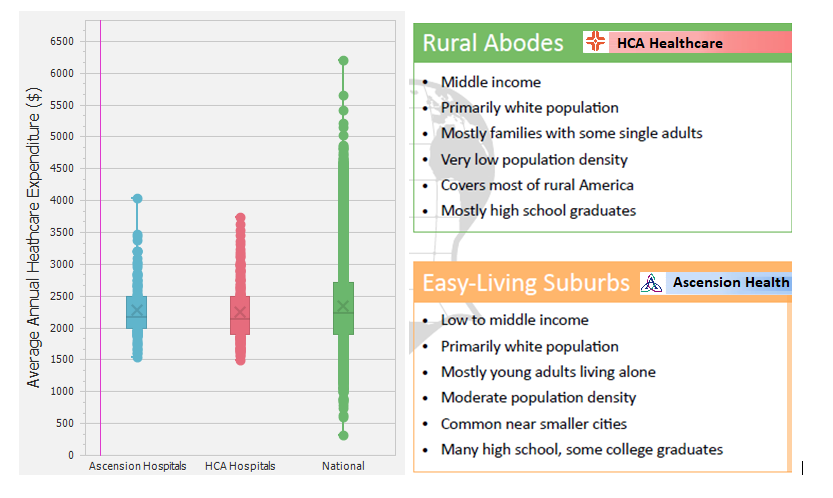 Given these preliminary findings, expansion into each of the other's markets by State could be possible while not competing directly for the same customer segments.

Maptitude is widely used by business intelligence analysts to improve the marketing, sales, and operations of healthcare organizations. Maptitude is used in healthcare to support both business analytics and research.

If you have Maptitude, you can try a comparative analysis using the steps outlined in this Maptitude Learning Portal article.

Learn more about Maptitude to see how you and your team can map healthcare market data and demographics!