Maptitude (US$695) includes a FREE Country Package with nationwide streets that you can use for locating (pin-mapping) your data and performing street-level analysis. All classes of road are included such as highways/motorways, major roads, minor roads, trails, and ferry routes.

Answer a few simple questions and Create-a-Map Wizard™ makes a map at any scale; from all the countries of the world to streets around an address, landmark, or intersection.

Use the Maptitude street-based tools with the nationwide street data included in the United Kingdom Country Package to:

Maptitude also has GPS support, allowing you to track your location at the street level, perform field data collection using Delorme GPX files for example, or create and edit geographic files by adding attributes such as street names.

You can further enhance your maps by using the included tools for accessing free imagery from the Internet. With a single mouse click you can download aerial imagery and topographic maps from Google Earth or any image server (WMS).

Maptitude is geocoding software that has powerful capabilities for mapping your data: 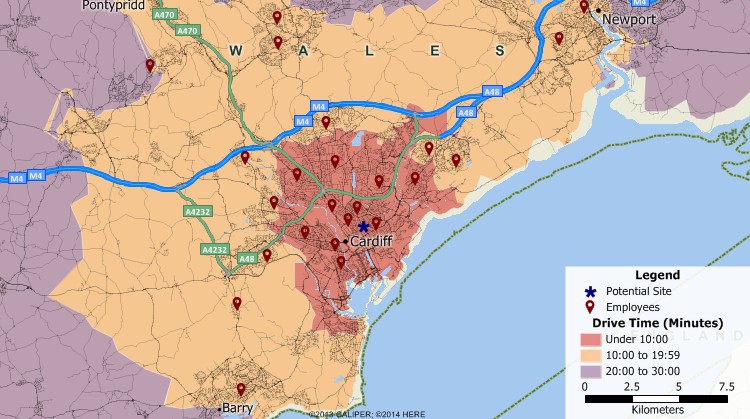 Create rings based on distance or drive time. 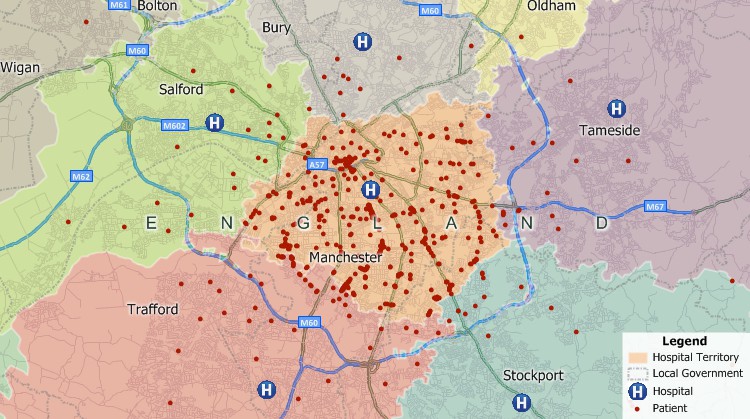 Partition United Kingdom streets and create zones based on the proximity of the streets to features such as hospitals, franchises, or fire stations. 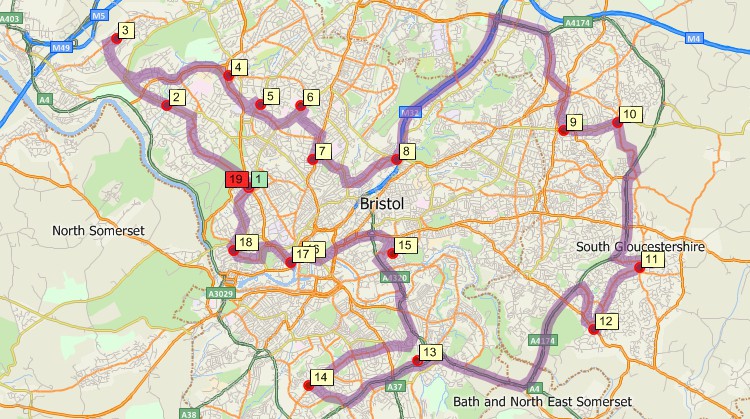 Use the included United Kingdom data to create street-level maps which can be used for geocoding United Kingdom addresses, routing, and delivery planning. 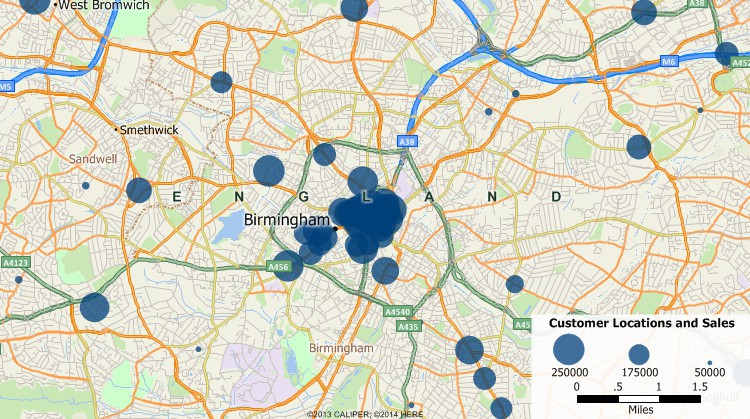