What is the Working Layer?

Maptitude workspaces typically contain many different layers, all of which are listed in the Display Manager. The software needs a way to determine which layer to act upon when using a tool, so Maptitude has a “Working Layer” which specifies that chosen layer as the one for Maptitude to act upon. 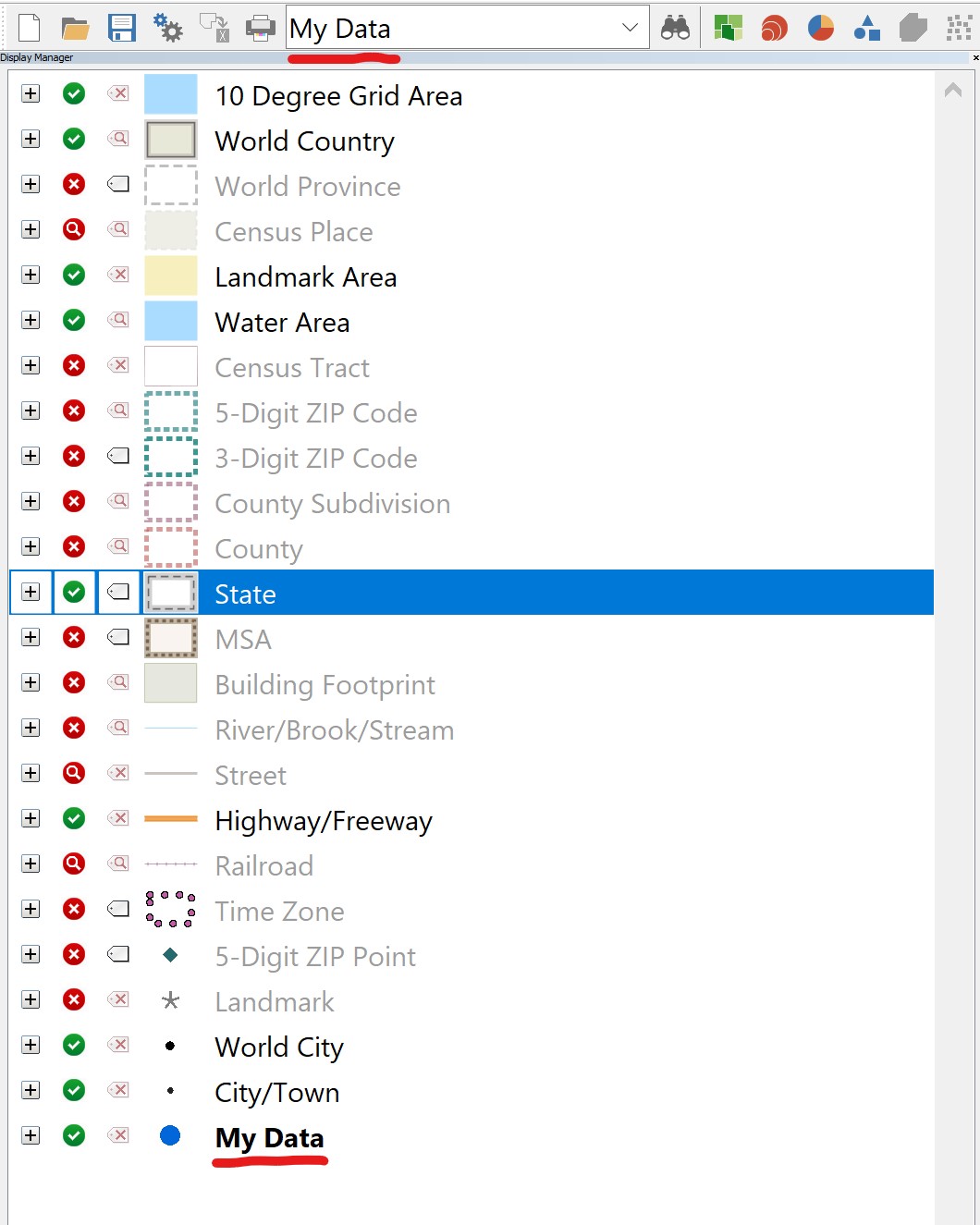 For example, if you wanted to color all of the US states by population, you would make the State layer your working layer and go to Map>Thematic Mapping>Color and select population as the field. This way, Maptitude knows that you want to color the State layer and not some other layer.