How do I create a density or heat map of my locations?

A density grid is a way to visualize and analyze point data by transforming the points into a regular grid. Each resulting grid cell is assigned a value that is determined by the density of nearby points, optionally weighting each point using a weighting value. Density grids are useful for showing hot spots of crime, mapping the concentration of healthcare providers, and analyzing the pattern of clients around a store weighted by the cost of their purchases. This Tech Tip shows how to work with the Density/Heat Layer tool in Maptitude:

The steps below show how to create a density map of the concentration of physicians, but you can use any point layer (such as customers or crime locations) as the basis for your map in step 5.

For a tutorial on density grids, see: https://www.caliper.com/learning/media/creating-a-maptitude-hot-spot-density-grid-map/ 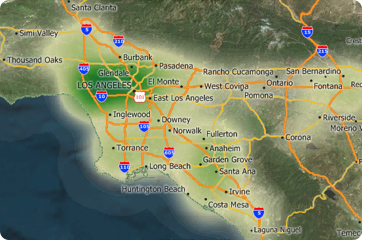